The Fate of the Filibuster 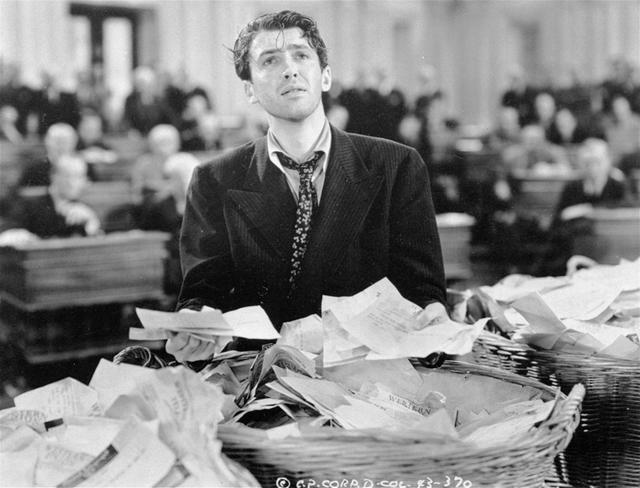 The Senate filibuster -- idealized in the 1939 film "Mr. Smith Goes to Washington" -- has been slowly eroded over the several years. Could it disappear in 2021?

The hearings for U.S. Supreme Court nominee Amy Coney Barrett have almost concluded and it is likely the Senate Judiciary Committee will vote to approve her nomination next week. The full Senate could vote shortly thereafter, paving the way for Barrett to be confirmed to the Court before the election.

If these affirmative votes happen – and, again, they are expected to – the elapsed time from Barrett’s nomination to her confirmation would be well below the 70-day average for Supreme Court nominees since 1975. (Though, to be clear, a few justices, including the late Justice Ruth Bader Ginsburg, enjoyed Senate confirmations quicker than average.) Without the ability to filibuster Barrett’s nomination (click here for our post discussing the demise of the judicial filibuster), Democrats are contemplating how they will respond if they take over the Senate majority next year following the November elections.

Some Democrats have proposed that, if the party controls the Senate and White House next year, a President Joe Biden should simply nominate a few additional individuals to serve on the Supreme Court. After all, there is no constitutional limit on the number of justices who may sit on the highest judicial panel in the land.

According to Bloomberg, however, while Biden has not completely dismissed this option, and has been decidedly ambiguous on the issue over the last several weeks, on Monday he told an Ohio radio station, “I’m not a fan of court packing.”

Another idea, and one that surfaced well before Justice Ginsburg’s death or Barrett’s nomination, is to end the Senate filibuster completely. Indeed, the filibuster has been methodically weakened over the last several years. As noted above, it is now impossible to filibuster nominations, either judicial or executive branch, thanks to changes to Senate rules spearheaded by both parties during their respective Senate majorities. But senators still can filibuster legislation, and it still takes 60 votes for the Senate to hold a vote on most bills. Over the last year a growing number of Democrats have proposed to do away with this last remnant of the Senate filibuster. In fact, as Politico has noted, “Reforming the Supreme Court and ending the Senate’s legislative filibuster are emerging as litmus test issues by progressive activists ...”

How could a party end the filibuster, and what would be the impact on lawmaking?

First, let’s discuss the origins of the filibuster.

As the left-leaning Center for American Progress (CAP) has pointed out, the term filibuster is not mentioned in the U.S. Constitution and, until 1806, ending Senate debate on a piece of legislation took a simple a majority vote. As CAP and scholars at the Brookings Institution told the story, that year senators were “cleaning up their rulebook” and, on the advice of Vice President Aaron Burr, removed the provision “allowing a simple majority to force a vote on the underlying question being debated.”

The elimination of that rule meant there was now no mechanism to limit debate. As History.com has explained, after 1806 a single senator could “prolong a debate indefinitely and gum up progress on a bill or nomination.”

It took some time for senators to realize that power. The first filibuster actually did not happen until 1837, when a group of Whig senators who opposed President Andrew Jackson filibustered to prevent Jackson’s allies from expunging a resolution of censure against him. The use of the filibuster grew in popularity during the Civil War and post-War era, and eventually drew the ire of progressives.

In 1917, President Woodrow Wilson emerged as one of the filibuster’s chief opponents. He said, “The Senate of the United States is the only legislative body in the world which cannot act when its majority is ready for action. A little group of willful men, representing no opinion but their own, have rendered the great Government of the United States helpless and contemptible.” That year, senators introduced the concept of cloture – a mechanism by which a certain number of senators could vote to end a filibuster. At that point, cloture was achieved with a two-thirds vote. In 1975, that threshold was lowered to three-fifths of the Senate. This is where today’s Senate’s 60-vote threshold comes from.

Filibusters were rare – and cloture was rarely invoked to stop them – between the Progressive Era and the mid-1970s. As Vox has pointed out, between “1917 to 1970, the Senate took 49 votes to break filibusters. Total. That is fewer than one each year.” Compare that to now: since 2010, the Senate has taken an average of more than 80 cloture votes each year.

That proliferation has caused a lot of consternation.

So how could Democrats, or Republicans, for that matter, end the filibuster once and for all? According to an article from the Yale Journal on Regulation, there are three procedural options: change Senate precedent, amend the Senate rules, or use the House process of passing special rules.

Changing Senate precedent is how the parties eliminated the filibuster for confirmations. According to the Brookings Institution, this method involves a senator “raising a point of order, or claiming that a Senate rule is being violated.” In other words: challenging precedent. Then, “if the presiding officer (typically a member of the Senate) agrees, that ruling establishes a new precedent.” Or, “if the presiding officer disagrees, another senator can appeal the ruling of the chair” and “if a majority of the Senate votes to reverse the decision of the chair, then the opposite of the chair’s ruling becomes the new precedent. As the Yale Journal on Regulation said, “the advantage of this method is that it is simple and quick, requiring a single vote that can happen at any time.” And just like that, Senate precedent is amended.

The Senate also could change Rule XXII, which allows a senator to speak for as long as he or she wishes unless three-fifths of the Senate votes to stop it. Changing this rule would be difficult, however, because ending debate on a resolution to change the rule would require the support of three-fifths of the members present and voting. In other words: altering the filibuster rule would cause a filibuster that, at least with the current makeup of the Senate, would be impossible to break.

The third option is for the Senate to “use the House’s method of having a fairly robust rulebook with extensive restrictions and minority rights.” These rules set out restrictions, including time limits, for debate on legislation. The Brookings scholars described something similar by which a Senate majority could ban the filibusters “on particular motions but otherwise leaves the 60-vote rule intact.” This option “would preserve senators’ rights to obstruct the bill or amendment at hand, but would eliminate the supermajority hurdle for starting debate on a legislative measure.”

Regardless of the method, if Democrats are in control of the Senate next year, Republicans will fight forcefully to keep the filibuster. Current Senate Majority Leader Mitch McConnell (R-Ky.) said as much in a New York Times op-ed published in August 2019.

Sen. McConnell argued, “Strong minority rights have always been the Senate’s distinguishing feature. … One of the body’s central purposes is making new laws earn broader support than what is required for a bare majority in the House. The legislative filibuster does not appear in the Constitution’s text, but it is central to the order the Constitution sets forth. It echoes James Madison’s explanation in Federalist 62 that the Senate is designed not to rubber-stamp House bills but to act as an ‘additional impediment’ and ‘complicated check’ on ‘improper acts of legislation.’”

Sen. McConnell also said the filibuster honored “Thomas Jefferson’s principle that ‘great innovations should not be forced on slender majorities.’”

But, in accordance with the old Washington adage that “where you stand depends on where you sit,” Sen. McConnell sang a much different tune earlier in 2019, when he and Senate Republicans further eroded the filibuster by prohibiting its use for Supreme Court nominees. “This is not a sad day. This is a glad day,” he said then.

Ending the filibuster, of course, also would leave the GOP without a lever to oppose Democrats’ policy initiatives if they take control of the White House and Senate, as public polling suggests could happen following next month’s elections.

Those initiatives include items like climate change legislation. Sen. Jeff Merkley (D-Ore.) is a proponent of weakening the filibuster, and also is one of the chief co-sponsors of the Green New Deal. He told The Atlantic, “I think it’s unacceptable to campaign on issues and to say you care about them, and then hand McConnell the ability on behalf of powerful special interests to block those efforts.”

The Atlantic also said Democrats would likely pass an election-reform bill, H.R. 1, that the Democratic House has already passed and the Republican Senate failed to take up during the 116th Congress, “that would vastly expand access to voter registration, mail balloting, and early voting; reform the congressional-redistricting process and campaign-finance laws; and undo some of the laws Republican-controlled states have passed to impede voting access.” Also on the docket: a federal data privacy regime, immigration reform, gun control, and workplace protections for the LGBTQ community.

Right-leaning pundits have warned that if Democrats undo the filibuster it would immediately allow them to “ban guns,” “control redistricting,” give statehood to the District of Columbia, and even “eliminate conservative talk radio.”

And how does Joe Biden, former chair of the Senate Judiciary Committee, feel?

It is unclear. In a summary of where candidates stood during the primary, The Washington Post had Biden listed as a firm “no” vote. According to National Public Radio, when asked about the possibility during a candidates’ debate in Houston, Biden refused to affirmatively support ending the filibuster.

We’ll see if that position holds if he is standing next January on the U.S. Capitol steps as the 46th President of the United States.

2024 is Just Around the Corner

How Washington Deals with Recessions